This Roman Catholic Beliefs post is about the Solemnity of the Immaculate Conception.

This narrative is evil in many ways.

First of all, it points to Mary having a sinless nature, which is contrary to Scripture as all people have a sin nature and fall short of the glory of the Heavenly Father.

To proclaim that Mary didn’t have a sin nature DENIES THAT MESSIAH CAME IN THE FLESH, meaning it denies that Messiah was born with a human sin nature. This renders His perfect fulfillment of the law and prophets without merit. Our Messiah overcame the sin nature that He inherited from Mary, to be able to be the perfect Spotless Lamb to atone for our sins, as He was without sin.

WATCH THIS NEW 9-MINUTE VIDEO: The Antichrist Is Hidden In Plain Sight

Secondly, the evil ones in Rome are proclaiming that Mary didn’t sin during her lifespan. Again, this is contrary to Scripture.

Thirdly, the evil ones in Rome are replacing the narrative of Messiah with that of Mary. Messiah was conceived around December 8 on the pagan Roman calendar, which placed His birth on the fall Holy Feast Day. There’s no proof that Mary was conceived at this time.

Instead, the Roman Catholic Church places Messiah’s birthday on 12/25, based on the pagan-god concept of the incarnate christ-child Tammuz being born at this time, nine months after he was conceived on the spring equinox.

Read We Know The Antichrist Beast, False Prophet And Harlot Of Revelation By Their Fruit

Fifthly, we see Mary standing above a crescent moon, as she is the pagan Queen of Heaven, the moon goddess Semiramis. 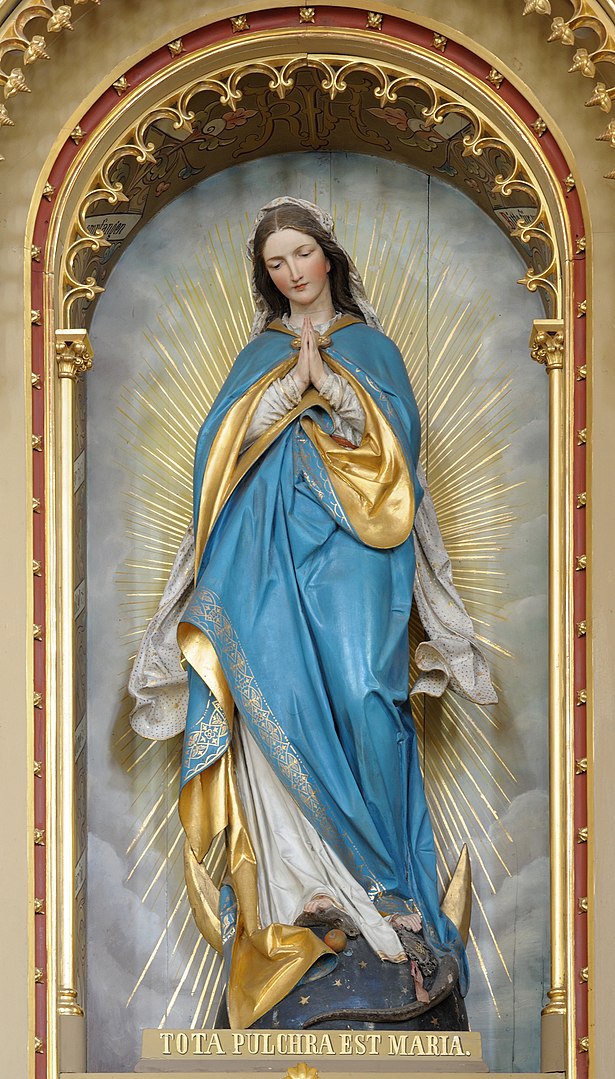 Prophecy Points To The Leader Of The Roman Beast Study